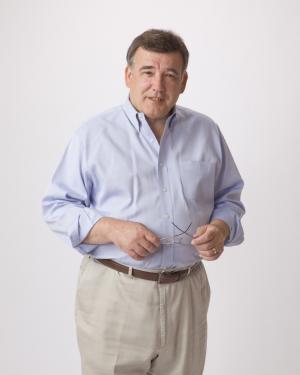 Throughout his career, Senator Pacheco has supported initiatives to spur job creation and economic growth, to preserve the environment and support the clean energy economy, to ensure the protection of rights for veterans, women and senior citizens, increase civic engagement, and foster the creation of global economic partnerships. Senator Pacheco was honored to be selected by Al Gore in 2007 to become a Climate Leader to increase awareness around climate change and to encourage action to prevent its worst effects. He has prioritized these aforementioned issues of today to build a better future for the Commonwealth.

Foreign governments have honored Senator Pacheco for his work to develop and strengthen ties that unite countries across the globe. Senator Pacheco was honored in 2005 by the region of Pskov, Russia with the medal of Saint Olga for his humanitarian efforts. In 2000, Senator Pacheco received the honor of “Commander of the Order of Prince Henry the Navigator,” the highest award bestowed upon a civilian by the Portuguese government. His work with Portuguese-Americans in support of the nation of East Timor’s fight for independence has been praised by Nobel Prize winner Jose Ramos-Horta, former President of East Timor, who called Senator Pacheco a “Schindler of East Timor.” He also received the Grand Decoration of Honor in Gold with Star from the Republic of Austria, which is the fourth highest decoration of merit the country can confer on the federal level. For his work on climate change legislation such as the Global Warming Solutions Act, he received the Sustainable Future Award from the United Nations Youth and Student Association of Austria.

Throughout his career, Senator Pacheco has worked to increase civic engagement and to protect the constitutional rights of each and every citizen. For his commitment to these ideals, in 1995 Senator Pacheco was appointed by President William Jefferson Clinton, and was confirmed by the United States Senate, to serve a six-year term on the James Madison Memorial Fellowship Foundation’s board of trustees.

During his tenure in the Massachusetts legislature, Senator Pacheco has prioritized and developed strategies to enhance the state economy and the southeast region. For his work, in 1998, Senator Pacheco received a gubernatorial appointment to the government affairs committee of the Task Force on Growth and Change in Southeastern Massachusetts. He was then appointed co-chair of the task force which was later named Vision 2020, a regional growth management project being undertaken by three regional planning agencies. Senator Pacheco is the founder and co-chair of the Southeastern Massachusetts Legislative Caucus, a bi-partisan group of legislators and community leaders that share the common goal of fostering economic development throughout the region. He also founded the Senator’s Business and Economic Advisory Council, in which leaders in the economic development, business and academic sectors participate in meetings set by the Senator to advise him on key policy issues impacting the Southeast region.

Senator Pacheco has been honored to serve on the National Conference of State Legislature’s Task Force on Energy Supply and was chosen to Co-Chair the Council of State Government’s Eastern Regional Conference’s Energy and Environment Committee, which serves officials in 11 Northeast states, as well as the Commonwealth of Puerto Rico, the U.S. Virgin Islands, and the Eastern Canadian provinces of New Brunswick, Ontario, Prince Edward Island, Nova Scotia and Québec. As Co-Chair, in March 2014, Senator Pacheco was honored to host state officials from around the country in Boston at a CSG/ERC conference on severe weather resiliency. Then, in August 2014, Senator Pacheco moderated a panel as part of the CSG/ERC Annual Meeting in Baltimore, Md., with Susan Ruffo, Associate Director for Climate Preparedness, White House Council on Environmental Quality, on “Forging Resilience to Severe Weather,” which provided a forum elaborating on the topics that were discussed in Boston.

Senator Pacheco still resides in the city of Taunton with his wife, Barbara (Sylvia) Pacheco and their lovable Carine Terrier, Duffy, just a few blocks from where he grew up.

Get involved in Marc's reelection campaign.